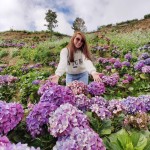 Whether you’re a Bristolian or not, there are just fun and amazing things that will make you fall in love with the city and county of Bristol in just a blink of an eye.

With its striking beauty, diversified city, and interesting history, you can’t just say “No” to the idea of visiting Bristol for once in your life.

And if you’re looking for more reasons before you book a flight and set foot on the grounds of Bristol, just continue browsing the next pages and find out the captivating facts about the place.

Read and get ready to be amused by the amazement and thrill that the city of Bristol brings!

With that being said, you may want to pay a quick visit to Cameron Balloons factory in Bedminster which makes the most number of hot air balloons than any other cities around the globe. [proceed to the next key point]

This was back on April 1, 1979, when one of the members of Oxford University’s Dangerous Sports Club bungee-jumped from the Suspension Bridge.

That historical jump from Bristol’s famous Clifton Suspension Bridge gave birth to a new and thrilling sport, which is best-known today as “bungee jumping”.

You may read this article for more information: World’s ‘first’ bungee jump in Bristol captured on film

The lady made the unbelievable act after her fiance cancelled their supposed engagement through a letter.

But what’s more interesting is that the lady was able to make it up until the age of 85 after surviving the dare-devil jump.

Well, great thanks to her huge crinoline skirt which served as a parachute that slowed her fall and blew her onto the land instead.

That initiative of producing a Bristol pound made Bristol city acquire its own currency.

The Bristol Zoo is known as home to many of the city favourites over the years.

Well, since Bristol is truly an amazing city and county, you may experience this most-awaited festival called Upfest by paying a quick visit to this magnificent city.

If you are, then you must know that David Prowse, an actor prominently-known for portraying the physical form of Darth Vader, was actually an English bodybuilder and a Bristolian.

Where to stay in Bristol?

Finding a place to stay in Bristol isn’t something you have to worry about the most. It’s because this city also has a variety of both luxurious and affordable accommodation choices to offer to its visitors.

You may find an affordable but truly accommodating, cosy, and relaxing serviced apartment in Bristol Cabot which consists of multiple rooms and a home-like ambience.

Moreover, if you want to stay in the city centre, you can check in to one of the best hotels in Bristol city centre. You may find a different selection of hotels from the affordable ones to the luxurious type of accommodation.

So to say, whether you’re travelling with just enough budget or visiting Bristol with the well-saved amount of money in your wallet, Bristol city got your accommodation concerns greatly covered.

So, what can you say about these fun and amazing facts about Bristol city, huh? Isn’t it a satisfying and interesting place to consider adding on your bucket list?

Well, if you think we missed out some facts that are worthy of some spots above, feel free to give us a nudge.

Kath Ramirez is daytime and a committed writer in PREMIER SUITES Bristol Cabot. She’s been pouring her dedication and love for writing ever since she was in fourth grade. Kath is also a die-hard fan of travelling, photography, dancing, and head over heels to her furbabies.

Kath Ramirez took up journalism as her Bachelor’s Degree with library and information science on the side and now writes for a few Australian, European, and NZ-based companies. She spends her weekdays in front of her computer writing about business, lifestyle, health and fitness, sports, travel, dating and relationship, and everything under the sun. On weekends, you’ll either see her binge-watch on Netflix, cuddling with her fur babies, bonding with her family or devouring her mom and sisters’ homemade goodies. Short-Term and Long-Term Benefits of DevOps