History of Kit Homes: Where are Kit Homes Now? 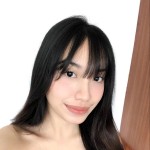 Many people think that kit home is a modern day invention. However, the idea of kit home has been around since the early 1900s. This type of home became popular after World War 1, providing the growing middle classes a way to buy and build in cheaper stages.

During the 1800s and early 1900s, a person can purchase the parts of a house from a catalog. After ordering, its components would then be delivered to the homeowner by train. Normally, it’s up to the homeowners if they would put the house together on their own, guided by the detail instructions. Many of these amazing houses were very well-established and still standing strong today.

The History of Kit Homes

Did you know that the very first kit home was built and manufactured by a carpenter in England in 1830 and was constructed in Australia by his emigrating son? Technically, it’s a prefab, pieces were cut, shipped and reassembled, but this is the first portable cottage that became popular and helped pave the way for the kit home industry in Australia.

Aladdin was the first company in America that built authentic kit homes which were mostly bought as holiday cottages by the middle classes. The company was the creation of two brothers who observed that boats were being manufactured as kits and chose to utilize the same technique to houses.

Known as Sears, is a chain of department stores founded by Richard Warren Sears and Alvah Curtis Roebuck in 1893. Sears Roebuck started offering to mail-order kit homes in 1916, providing consumers to order an entire house from a catalog and have the pieces delivered ready for assembly.

In the 1920s, Sears offered more than a hundred different designs to choose from. People loved the idea of being able to construct and assemble their own home especially those first home buyers with modest budgets.

As cheap as $2,500, owner builder would be delivered originally by rail but now by truck. Thousand of individual parts plus all the things that are necessary to put them together, including an instruction manual.

During those times, the design of the kit homes was not really that unique, it was rather a reflection of popular architectural styles of the time. But buyers can add their personal touches in little ways including the porches, extra windows, window boxes, fireplaces, and overall color schemes.

Unfortunately, after the Stock Market Crash of 1929, Sears was in massive losses due to unpaid orders and ceased manufacturing kit homes all together in 1940. But kit homes never ended, it became popular in America after World War II like what we have previously mentioned. The time when the introduction of low-cost prefab houses and mobile homes happened, kit home manufacturers could no longer compete.

But that has lead kit homes to come up with recent technological advances in materials and building methods have led to a revolutionized boom in kit home design and a big comeback in its popularity.

Today, you can gladly choose from thousands of designs that are made energy efficient, environmentally friendly, cyclone resistant, fire resistant, termite resistant, and built to suit any terrain or climate. These homes can be built by the owner for up to 40% less than the cost of a traditional build.

Kit homes have evolved with a multitude of applications. They can be built as holiday homes, home offices, studios and bed, rental accommodation, retirement homes, and granny flats. Many homeowners are looking for more cheaper alternatives in today’s overinflated real estate market. If you’re one of them, there are kit homes today with their low costs and infinite design variations. Good luck looking for one!