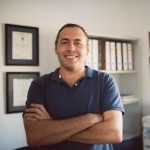 While not every member of the LGBTQ community shares the same experiences, denial of civil and human rights, rejection by family members, harassment by members of the community, and discrimination are all common among this population. As a result, mental health issues, such as depression, anxiety, and post-traumatic stress disorder, happen at a higher rate than among the general population. In fact, LGBTQ adults are more than twice as likely to experience mental health issues compared to heterosexual adults.

In addition to a higher risk of trauma-related mental health issues, the LGBTQ community also shoulders the burden of stigma and bias within the healthcare industry, reducing both access to care and the quality of care available.

Mental Health By the Numbers

According to Mental Health America, approximately 3.5 percent of the U.S. adult population identifies as either gay, lesbian, bisexual, or transgender. These individuals are about 2.5 times more likely than the general population to experience anxiety, depression, or a substance abuse disorder. In fact, approximately a quarter of LGBT individuals suffer from alcohol abuse and 20–30% abuse other substances.

Suffering in Silence: The Effects of Stigma, Intolerance, and Bias

Despite significant strides in ending social stigma and discrimination in the U.S., many LGBTQ people still face intolerance and bigotry on a regular basis. Tragically, the high rate of substance abuse, mental health disorders, and suicide in the LGBTQ population has been linked to discrimination, denial of civil and human rights, rejection from family, and social stigma.

Research has even found that those who are now in accepting environments still face the repercussions of trauma stemming from societal and legal discrimination, as well as rejection, bullying, or harassment during their youth.

Mental health issues are especially prevalent among LGBTQ youth. This is the time where many youth, straight or not, are beginning to discover their sexual and gender identities and face coming out to peers and family members. Unfortunately, this can also lead to bullying, harassment, discrimination, and rejection by peers, family members, and the community.

LGBTQ youth have a significantly higher rate of suicidal ideation and completed suicides – four times the risk compared with straight youth. Approximatley 60% of LGBTQ youth report symptoms of major depression, which sharply increases the risk of suicide. They also face a higher risk of homelessness, bullying, substance use, harassment, violence, and victimization.

Accessing Treatment for the LGBTQ Community

Accessing much-needed mental health treatment is a significant issue. Over half of LGBTQ people report that they have been denied care by healthcare professionals or faced doctors or mental health professionals who used harsh language or blamed gender identity or sexual orientation for unrelated conditions. This often results in people choosing not to disclose their sexual orientation or gender identity out of fear, which can also have significant consequences in terms of getting appropriate healthcare.

Mental healthcare that lacks cultural sensitivity and knowledge of issues specific to the LGBTQ population is also a significant concern. Mental health observations that blame sexual or gender identities for mental and physical healthcare issues fail to address the root case of the issue. Members of the LGBTQ population, like hetero-normative individuals, have genetic, environmental, and situational causes for mental illness, in addition to the increased risk of trauma and mental health issues that stem from family and society-related discrimination. Mental healthcare practitioners need to be aware of all of these nuances to provide appropriate and accessible treatment.

The following organizations provide support, resources, and educational materials for mental health in the LGBTQ community.

Research undeniably shows that supportive home, school, and community environments are essential for helping LGBTQ youth and adults thrive. Affirming families and strong ties to family members, peers, and members of the community are found to significantly lower the risk of mental health disorders among the LGBTQ population. In fact, research has found that trans youth with families who affirm their gender identity were as psychologically healthy as their non-transgender peers.

Additionally, access to LGBTQ rehab and inclusive mental and physical healthcare that is knowledgeable of issues this population faces can significantly increase the quality of healthcare received, reducing the risk of substance abuse and suicide.

Mergers and Acquisition: What an Early Startup Founders should Know